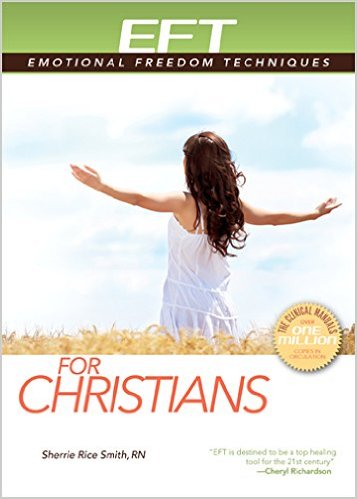 Certified EFT Practitioner Sherrie Rice Smith illustrates the "Tap and Rant" or "Tap and Talk" technique with the case of a very upset client.

This was a fun case to tap! A young 40s woman, who I will call Angie, phoned me distressed, asking me to tap with her about her oldest brother, on whom she depends for nearly everything, moving out of state, leaving her behind, high and dry. Angie is a fellow EFT practitioner who well understands how the technique works. She was upset & wanted someone to tap with her, since she felt she was missing something on her own.

Angie and I use totally different tapping techniques, as I quickly found out. Almost immediately she began “ranting” and raving about her brother, Timmy, moving. I stopped her momentarily, asking her to please simply tap on her collarbone area while she told me the story, which she had just found out about within the past day or so.

She asked, “Why?” and I replied, telling her to tap while she talked as it would make her feel better quicker. I heard the “really?” tone in her voice, but she complied and quickly went right back to reeling off all her litany of feelings: Timmy is my safety net. What am I going to do now? He’s always there for me. I’m scared to death. I’m scared for him. He’ll have no one either. This is ridiculous. What is he thinking? He’s acting like my dad by running away from the family. I can call him on the phone, but what good will that do, if I get a flat tire or something? We are the closest of the kids. He’s the oldest and I’m the youngest. He’s the only one I feel connected to. What in the world is his problem? This is terrible for me.

On and on and on she went, with barely a breath between phrases, like a woman on a mission. I didn’t interrupt her at all, except to ask her, “Are you still tapping?” I would acknowledge her statements with some appropriate “listening” comment, so Angie knew I was still there with her. I did once ask a clarifying question when she lost me in the story!

Twenty minutes into this “rant,” she stopped abruptly, asking, “When are we going to tap this issue?” I replied, “We are.” Her reply was “This is odd, but I don’t want to tap on this topic anymore anyway. Let’s do something else. I feel just fine with this.”

Angie went on to tap on some other personal issues she was having. I tapped those in the more traditional tapping manner, which suited her just fine, something she was much more comfortable doing.

This case made me giggle to myself. Angie’s beginning SUD level on her brother Timmy leaving her high and dry was a “15” on a scale of 0-10. We never even tapped the standard method because I couldn’t get her to stop talking long enough to even suggest it, until later in the session when the initial SUD level settled to a big 0 and we went off on another topic.

I thought this might be useful to other practitioners who get a client who it is nearly impossible to shut up! Occasionally, we all get the client who is either so upset or simply wants to tell us their life story so badly that it is almost hopeless trying to get them to take a breath long enough for the practitioner to get a word in edgewise!

I have found “ranting” to be a wonderful, useful tool on those rare occasions. I just let the client go on and on and on, as long as they are willing to keep tapping somewhere on the tapping points. It is so effective that I have considered doing this with other clients. Ranting usually occurs when a client is extremely upset, making the Setup phrase essentially unnecessary. They are already in the moment and they are desperately feeling their pain! Frankly, it is the easiest way to make an hour fly by and money come flying in. Clients do all the work and most times their SUD level drops like a rock because they themselves know what they are feeling and they hit every single highlight of that pain without me, the coach, saying a word. I listen attentively, looking them in the eye, acknowledging every word, validating them.

I use this with friends who call on the phone, venting their “terrible day.” I tell them to tap, even if it is a friend who has never considered tapping with me on other issues. Usually, I can get them to simply tap the collarbone area while I listen to the “story." My friends now know tapping is a condition of calling me! I’ll listen, but I want to do more for them than just listen. I want to help them with that emotional pain, too!

Consider trying this on the next client who just has to tell you everything about their lives! It works marvelously!

Oh, by the way, Angie emailed me a week later about Timmy.  After that big rant of her not knowing how she was going to live without her brother in the same city, she essentially broke off her relationship with him. She told me she realized she was too dependent on him, he liked that dependency, too, and “he just made me mad the other day and I haven’t spoken to him since.”  She went on to tell me that my tapping method was “unorthodox, but I guess it worked.” Whether the relationship change is good or bad for her is not for me to decide, but indeed something did change after Angie did the “big rant”!