EFT Tapping for Unity in Grief and Loss 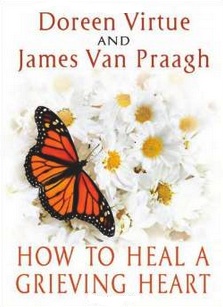 I met Robert at the first EFT workshop I organized in Eastern Europe. I was invited to deliver this workshop as part of an Artist Residency Program, which was a very good example of people coming together to share and exchange talents in a collaboration that really gives you a boost! I delivered this workshop in exchange for a professional photo shoot, video recording, and marketing advice.

A group of 20 enthusiastic locals were present, and I started with a bit of history and the science around EFT, followed by an overview of what EFT has done for me. I then showed them the tapping points and asked them to focus on a problem, gathering a few examples as pointers, then they wrote down their SUD levels on a piece of paper. Two examples were from people who had a fear of failure. One was around launching her fashion design company and another around the outcome of an upcoming meeting, which was linked to an event when she was 16, had moved school, and did not feel prepared for it.

The audience then wrote down their new SUD number after a round of tapping with the following Setup and Reminder Phrases used for the second example:

Even though I am so anxious about this upcoming meeting, what if I fail, I have so little time, what if I answer the questions wrong, what if I mess up, I feel so unprepared just like when I was 16 and moved school, I deeply and completely love and accept myself.

As evidenced by a show of hands, all the SUD numbers in the audience went down except for those of two people. I asked Robert, one of these two people, if he would like to volunteer for a demonstration and he said yes.

His problem was that he had a fear of losing a loved one. I asked whether he had recently lost someone and he nodded, confirming that his father had died 10 months ago. What was great was that just the day before we’d had a live call with Dawson on grief and loss! During this call, Dawson explained that it takes at least 18 months for a person to recover from a loss, and we had discussed several ways of dealing with loss, including EFT, unfinished conversations, dealing with anger toward God, and guiding the client toward entering into how they would like to feel at this point in time.

I could see that Robert still had strong emotions around the circumstances of his father’s death. I asked Robert whether he was comfortable telling the story out loud and he said yes. Therefore we used the EFT Tell the Story Technique.

I wanted him to get in touch with his body, a problem most of us have since we tend to live too much inside our heads, and we know that healing with EFT occurs through the body. He reported tension in his chest and solar plexus, which was at a SUD level of 9. When I asked about his emotions, he said he was feeling a lot of anger and a feeling of not being supported. In answer to the question of when these feelings started, it turned out that his father had been sick since Robert was 14 years of age.

We tapped on the first event, where there was a lot of fear and anger at a SUD level of 10. We brought these down to a 3.

Then I proceeded to go into the details of the event and something interesting happened. Robert started to tell the story of his father’s death. As this is what he wanted to release first, I met him where he was and guided him through the process.

We used EFT’s Tell the Story on each and every aspect surrounding this event, starting with him being in his room upstairs and hearing his mother and sister calling him. At that point, he realized something had happened to his father.

Even though I heard my mother and sister calling me, and I knew something was wrong, I deeply and completely love and accept myself. (x3)

The next part was him running down the stairs and seeing his father choking.

Even though I ran down the stairs and I saw my father lying helpless and choking, I deeply and completely love and accept myself. (x3)

I took a peek at the audience at that point, and I was deeply moved by the unity that was present. Everybody was giving their full attention to Robert and tapping, showing solidarity for him in his time of grief. We were going beyond the allocated time for the workshop and I invited people who had other commitments to leave if they wished to. Nobody moved. We continued.

The next spike in emotion was Robert trying to call an ambulance, but none was available. He had a lot of anger around this, so we tapped on:

In the end, Robert decided to take his father in his car to the hospital, but as they were taking him to the car, his father’s choking stopped and he died. Robert felt a huge amount of anger and fear, at a 10, so we used EFT on this:

We tested his initial anger and feelings of being unsupported around his father’s death, and these were now at a 2.

We were about 30 minutes over the allocated time, so we did some sneaking away and I recommended that Robert have an unfinished conversation with his father, whereby he smiled and confirmed that he already had, since he was familiar with Gestalt therapy. I urged him to continue this, and to tap as things came up. He felt good and grateful about all the good things in his life—his profession, his family, and all the support he has around him! Smiling, he was convinced that his father was watching over him and that he knew all this.

Now that was an incredible shift—here’s to another success story with EFT!