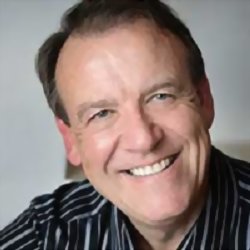 In a dramatic announcement, Thomas Insel, the director of the US government agency that provides grants for the study of mental illness, the National Institutes of Mental Health (NIMH), has rejected the "bible" of psychiatric diagnosis, the DSM (Diagnostic and Statistical Manual).

The DSM has been used for decades to define psychological conditions such as PTSD, depression, and anxiety, and has become widely used even in areas for which it was never originally intended, such as law, and insurance reimbursement.

Insel writes that the NIMH will be “re-orienting its research away from DSM categories.”

“While DSM has been described as a ‘Bible’ for the field, it is, at best, a dictionary, creating a set of labels and defining each. The strength of each of the editions of DSMhas been ‘reliability’–each edition has ensured that clinicians use the same terms in the same ways. The weakness is its lack of validity. Unlike our definitions of ischemic heart disease, lymphoma, or AIDS, the DSM diagnoses are based on a consensus about clusters of clinical symptoms, not any objective laboratory measure. In the rest of medicine, this would be equivalent to creating diagnostic systems based on the nature of chest pain or the quality of fever. Indeed, symptom-based diagnosis, once common in other areas of medicine, has been largely replaced in the past half century as we have understood that symptoms alone rarely indicate the best choice of treatment. Patients with mental disorders deserve better.”

Rather than the DSM, Insel writes that the NIMH will use the “Research Domain Criteria (RDoC),” which use genetic, neurological, and cognitive data. According to a statement issued by the board of the International Society for Ethical Psychology and Psychiatry (ISEPP), the "DSM supports the perpetuation of myths about mental, emotional, and behavioral disturbances in individuals which favor pseudoscientific, biological explanations and disregard their lived context.

The evolving editions of the DSM have been remarkable in expanding psychiatric labels for alleged “mental illnesses” with no scientifically substantiated biological etiologies.

Adherents of biopsychiatric explanations and pharmaceutical manufacturers are the primary benefactors of public acceptance of this myth.

ISEPP recommends public scrutiny and skepticism regarding the DSM as well as a constructive dismantling of the psychiatric-pharmaceutical complex through which it is continually supported and redeployed." According to another ISEPP member, "Insel’s statement is also an implicit admission that there is no real theoretical basis for drug treatments for mental illness."

See also this Scientific American blog post on the issue:

• Dale Teplitz: Wisdom is Knowing the Right Question to Ask

• David Mackay and Till Schilling open the doors of the Hispanic EFT Association.

• EFT Practtioner Jenny Johnston: The Heart is the Emperor

• EFT Practitioner Jenny Johnston's report on Healing at an EFT Workshop: The Lesson is Always Love

• Rewiring Your Brain for Optimism Chapter in a Just-released new Anthology called, Optimism

• The Dark Side of EFT

• The Dark Side of Neural Plasticity

• The Detonator Is Not the Dynamite

0 #1 Bill Dovel 2014-11-02 12:18
This is wonderful news on several fronts. Just one area this will be helpful, is based on that the human body does not suffer from a diagnosis, it suffers from symptoms like anxiety, tension, hyperactive startle reflexes etc. Grouping these forms of human suffering into pre [censored]igned groups, i.e. diagnosis, has led to a mental health system that treats a diagnosis, and not the person. By switching to a data based system, to measure the actual results a treatment has, on the components a person is suffering from, is a major step forward.

People find some comfort in having a diagnosis to explain why they are feeling bad. Unfortunately the DSM diagnosing system also builds in hopelessness as well. These diagnosis' are often thought of as permanent. Treating them with drugs often keeps them in place, with a marginal improvement in suffering, which reinforces the belief that they are permanent

Relieving and then eliminating the ways a person feels bad directly, is what integrative medicine and EFT endeavor to do. Categorizing people with in a bunch of symptoms, often misses the point. A person can be treated badly and have a variety of reactions, anxiety, numbness, depression, or irritability. The DSM practice of constructing the diagnosis based on the symptoms, doesn't take into account, the cause. Thank you for posting.
Quote
Refresh comments list
RSS feed for comments to this post