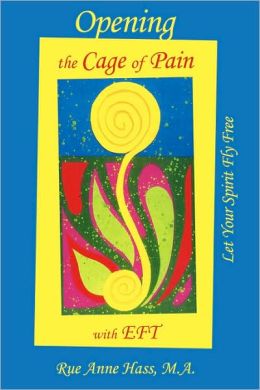 Here, Aileen Nobles details how EFT can be used on emotional issues underlying lifelong physical problems. In this case, loose ligaments and walking difficulties responded so well to EFT that the client was able to walk without her leg braces.

Upon meeting with a client (I will call her "Mary") for the first time, I couldn't help but notice her severe limp. It was difficult for her to stand straight.

It seemed, as she walked, that both knees were going in different directions.  Although her foot was in some type of brace, it was still dragging when she moved.

Mary is quite young, in her thirties, and a fairly successful PR person in New York. I asked her what was going on and how long she had had this problem. She told me that it was most of her life. She was diagnosed as having "loose ligaments," which seemed to show up particularly in her legs and feet.

When she was about 5-years-old, she remembers being taken by her mother to a terrifying doctor who told her she would never improve. She called him "Dr. Death." He had a handlebar mustache and to this day she is still terrified of men with handlebar mustaches.

We started tapping on --

"Even though I thought this evil doctor was horrible, I accepted what he told me, but in spite of that I completely accept myself anyway."

"Even though I hated him and didn't believe him, some part of me accepted what he told me about never getting better, but it's okay, I will love and accept myself anyway."

We tapped on various points saying --

"Not only was he mean and evil, he also had this terrifying moustache and I was so little and helpless I couldn't run away from him."

As we tapped, I had Mary imagine the doctor as a little boy with his big old handlebar mustache, and she began to giggle.

"I bet that he was not always right in the things he said to people, in fact he was probably wrong quite a few times, and if I could have asked his wife she would probably confirm that, and yet I gave him all my power...but it's okay, I can love and accept myself anyway."

We continued tapping until she could imagine herself in his office as that little girl with no reaction to him.

Next we tapped on being able to stand on her own two feet and being ready to move forward. We tapped on strengthening the ligaments.

When she stood up to leave the office, her pain had greatly decreased (we had also tapped on the pain).

In her next session, Mary reported that she had managed to walk around her apartment without the brace, but needed it outside because the sidewalks are uneven.

After she left me, and before returning to New York, Mary had actually walked on the beach!

She hadn't been able to do that for years. She also thought that the statements about standing on her own two feet and being ready to move forward had made a huge difference in her life. She said she had picked up five more contracts in the two weeks since we had worked together.

As we talked, she also mentioned getting a migraine that was so severe that she canceled a major business meeting.

We had work to do!

This session was over the phone. We started with the sore spots.

"Even though I've had some improvement in strengthening my ligaments, I am holding on to some emotions that are keeping me from strengthening the ligaments completely. In spite of my doing this unconsciously, it's okay, I can completely accept myself anyway."

"Even though there's a part of me that is keeping me from a complete healing, it's okay, I'll accept myself either way, but I'd rather have the healing."

"Whatever emotions I have in my subconscious, I would really like to release them if they are stopping my healing process."

We moved to other EFT tapping points, tapping on releasing all negative emotions, beliefs, and experiences.

We then discussed how much she had been teased at school for the way she walked. Her knees don't track like other people's so she always had an unusual gait.

She said, "I have all of these memories when I was five and a half about being teased about the way I walk. I didn't walk like everyone else. My knees didn't track the way they were meant to."

We continued to tap on getting rid of the kids mean teasing and hating being different.

"I hated being different, it was so painful to be teased and I'm holding all this pain inside me now."

We tapped on her thymus as she said,

"This pain comes out in my migraines."

"It doesn't benefit me to hold it inside as it affects my physical body."

We did another complete round on holding on to then releasing the pain of the teasing. We talked about how the pain goes into her head and feet and then did a short round.

"I believe I can let go of this pain."

"I choose to let go of this pain."

And the most important one:

"I allow myself to let go of this pain."

We then tapped on little kids not knowing any better when they were mean to others. How they had probably been teased or hurt themselves and were just using her as a scapegoat for their own pain. We tapped on forgiveness.

Then we tapped on:

"Even though I'm not like everyone else, that's a good thing, but I'd like to be able to walk more easily. I'd like my knees to track and the ligaments in my whole body to become stronger, so I can move forward in my life more easily and with strength."

Mary now said she had a warm tingly feeling in her left foot (the foot with the most problems). She thought that it was a good energy.

"Even though I have this tingly feeling in my left foot, I think it is my body healing my foot right now."

We tapped on being able to walk without pain anywhere in the city, walking for pleasure, walking toward happiness and success. She imagined herself walking the way she wanted to and we thanked her body for the healing now taking place.

We tested Mary imagining herself in the doctor's office, with handlebar moustaches, and kids in school. She was 0 on all of them. I had her stand up and walk around the room. She reported no pain but a little stiffness. We tapped on her stiffness, which then went down to a one.

We also did work on the new Mary--a Mary who walked normally for the first time in her life. It will be interesting to see if these improvements last.