EFT for Depression Related to a Controlling Mother 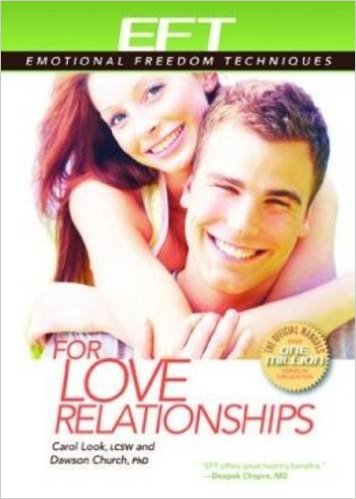 EFT melts resistances so that we can open doors to the inner mind more easily, and because of this I've been able to access emotional issues very rapidly and profoundly. The following story is about a woman who was able to lift a lifetime of depression by going to a source of it, which for her was her anger at her mother.

"Anna," a woman in her late seventies, was depressed and angry with her mother for not giving her love. She had once overheard her mother telling someone that she never really wanted to have a child. Anna had been in therapy for seven years; yet something was still in her way, as she continued to stew in her anger, remaining at a high SUD Level of Intensity number.

We first tapped to address her energy with EFT, and this decreased the intensity of her anger. The topic she spoke about as she tapped on these points was "felt controlled by my mother."

"Even though I felt controlled by my mother, I deeply and completely accept myself."

Reframe: "Felt controlled by my mother."

After several rounds of EFT tapping, the feeling left her completely. No anger; no depression. The two disappeared simultaneously. The release was astounding. She was able to go even further. She glided into a state of deep relaxation, and she saw herself swimming in an exquisite underwater scenario. Here she could move with total freedom. She was washing away the rage and was now flowing with gorgeous colors, animals and plants of the ocean.

The tapping process had made this inner experience accessible to her.

She was able to enter a transcendent state after she'd released the baggage of emotions she'd been carrying all her life. She was able, through more tapping during her relaxation process, to see her experience with her mother through completely new eyes. She saw that both she and her mother were doing the best they could, given all the experiences of their lives, and that forgiveness was totally within her reach.

Love flowed freely and exquisitely between them. This was the connection she'd been wishing for all her life. Her long-held depression had lifted.

This is not an isolated story. Extraordinary healing occurs by addressing all levels of consciousness through EFT.