EFT Uncovers and Resolves Cause of Anorexia 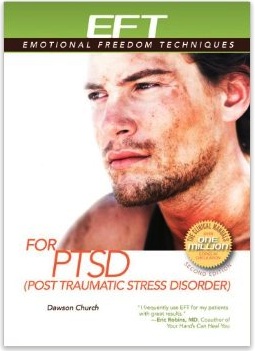 First of all, I‘d like to thank the EFTUniverse staff for their caring and efficient work, which gives us wonderful opportunities to improve skills, knowledge, and performance in our professional and personal lives. Rest assured that the impact of your commitment is greater than you could possibly imagine.

Since my first client, I’ve experienced many successes in helping people with their healing process, even taking into account the natural learning and performance curves—less success at the start but improving as time went by and different opportunities came my way.

I believe the Universe is the best teacher: It provides us with all the cases we need to learn what we are meant to learn.

I would like to share with you a particular experience that gave me confidence and showed me I was on the right track in my approach to facilitating healing.

Rachel (not her real name, as all other names in this text) is a 23-year-old who is very active and, usually, happy. I have known her since she was a baby, as her mother has been a friend of mine for the last 30 years.

Rachel is a caring mother, skills teacher for neglected children in a social project, student at a local College, and also—as if there were 36 hours in a day—a businesswoman. She and her husband have recently opened a small business to produce and deliver cone-shaped pizzas (delicious!).

Despite all these activities, Rachel was suffering from anorexia. Before calling me, she hadn’t eaten any substantial food for the past 4 days and was not hungry. She had never had such a problem in the past.

I started the session looking for any specific emotional situation that could be responsible for her energy disruption and, I confess, it was not that difficult to find. She and John, her husband, were having upsetting and stressful arguments with his mother (Rachel’s mother-in-law). She had attacked the couple verbally on so many occasions that the relationship became impossible.

We tapped for her lack of appetite, the anger, feeling hated, and other emotions she mentioned:

“Even though I´m not hungry after 4 days of fasting, I deeply and completely accept myself.”

“Even though I feel my mother-in-law hates me and John, I deeply and completely accept myself.”

“Even though I feel sad for her verbal attacks, I deeply and completely accept myself.”

Additionally, I used the Movie Technique for specific arguments and so on.

Some rounds later, I noticed her breathing changing, which indicated she had started to relax. She told me of some other changes in her body, specially the need for a little rest. I asked her mother to prepare some light food (coffee, hot milk, fruit juice, bread, butter, marmalade, etc.) and asked Rachel to lie down on the sofa.

As a healing facilitator, I have many different tools in my "healing tool box," such as EFT, Light Beam, Reiki, etc. My intention was to provide better conditions for relaxation and let her sleep for a while.

After 20 minutes, she woke up, opened her eyes, and in a very calm voice told me about the vision she had had during that short nap—somewhat like a dream. Her mother-in-law was nursing a baby. As soon as she saw it, she knew the baby was John. In this scene, Rachel could feel all the love the mother had, and still has, for him,“She told me that never again could I deny how much she loves my husband. I don’t like to admit it, but she’s a good mother. Afraid perhaps… but a good mother… she loves him.”

Without a doubt, this was a cognitive shift. And more than that, I’m sure the healing process was now in motion.

Then Rachel’s mother came into the room and announced: “Coffee’s ready! Is anyone hungry?”

These words made Rachel’s eyes open wide. “Yes!” she said.

Three days later, I called Rachel, as I had left a vial in her house and I could see that she was okay—working, studying, and doing all the other stuff in her "36-hour day."

Later, Rachel’s mother told me that the couple was already dealing with some of the problems in their relationship with John’s mother, but Rachel was now much more tolerant than John.

Recently, 5 months after the EFT session, I had the opportunity to talk to Rachel in her “cone pizza delivery shop” and she confirmed she had not had other anorexia crisis.  She said that between two bites of her pizza.