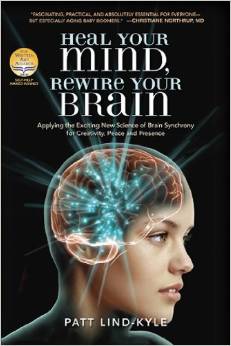 In this article, Debra Trojan tells of using EFT with her 82-year-old mother who has Alzheimer's. After Debra tapped on her mother while answering yet again the same question her mother had asked 25 times over five days, her mother was able to retain the answer this time. Four days later, Debra's mother could still supply the correct answer when asked the question. It's unknown how far EFT can go in aiding memory. This is a good subject for research.

Here’s an EFT success I’ve recently had with my 82-year-old mother who has Alzheimer’s. She’s been declining over a period of five years. She recognizes close family members but not friends. She can carry on a conversation as long as you keep it current. She’s particularly deficient in her short-term memory. (After five minutes, she’s forgotten what’s she’s done or said.)

She lives with my sister and her husband (Janet and Rudy). Whenever they go on a trip, she stays with me. She can never remember where they are when they go. So it’s common for her to ask (very often) where they are.

A week ago, Janet and Rudy went to Texas to visit Janet’s daughter Miranda. As expected, Mom started asking me where they were five minutes after settling in at my house. She continued to ask me where they were every few hours. Each time, I would tell her that "Janet and Rudy flew to Texas to visit Miranda and Josh and their baby Benjamin." After the fifth day (and after answering that question approximately 25 times), my frustration level was reaching a pinnacle. It’s usually in times of frustration and desperation that I think of EFT. It occurred to me that if I tapped on her while I told her where they were, she might actually be able to remember it. (If only I had done this the first time she asked me.)

An hour later when my 16-year-old son came home from school, I couldn’t wait for him to ask her the question and see his surprise. Sure enough, she delivered perfectly. Every couple of hours, I tested her. She would always think for a few seconds and then come out with it. It’s been four days and she’s still remembering. (I’ve asked her approximately 20 times in those four days.) Sometimes she has to think about it, but (so far) she’s been able to remember.

I’m speculating now that if I had tapped on her once or twice a day since that first day, she probably wouldn’t even hesitate when I asked her. I’m now planning on experimenting more with her. Who knows, maybe I can tap her right out of her Alzheimer’s disease!

0 #1 Marianna Maver 2014-03-17 16:39
I'm wondering what points Debra tapped...did she do the entire sequence? Tap temporal points? Would like to try this on my Mom.
Quote
Refresh comments list
RSS feed for comments to this post