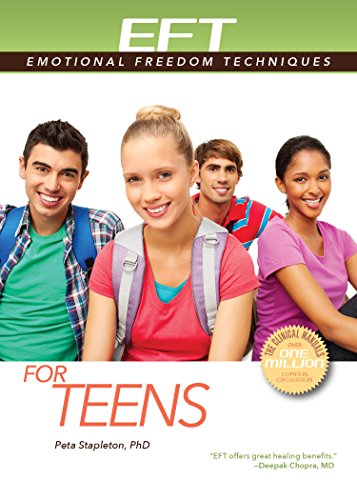 This disturbing story talks about distraught parents finding their son's "kill list," a list of people he'd like to kill, and the gory details of precisely how he'd do it. Talk therapy had little result. After EFT, the angry feelings fade.

Recently, a man called me, wanting me to work with his 12-year-old son. The father and stepmother came to see me first, so they could give me an understanding of what the situation was with their son and so I could explain what it is I do.

They explained that they had taken their son to see everyone and anyone—you name it, they had seen them. Unfortunately, to no avail. The father straight out told me if this doesn't work, the next step is getting him medicated, he is that bad.

They had found their son's "Kill list," a list of people that he wanted to kill with graphic details on how he would do it. They were concerned that in the past they had taken him to see therapists who had sessions with him upwards of three times a week with no noticeable change. I told them to give it three sessions and by then they would definitively know whether he was benefiting from coming to see me.

The first session I told them to let him know I would be doing some "tapping stuff" that was pretty weird and he would probably laugh at me which was okay. I find this helps with kids; it seems to let them know its okay to think the tapping is strange and weird (it is, after all!).

The 12-year-old was able to articulate (with clarity beyond his years) some of the events in his life. When I asked if knowing about the stressful things helped, he replied, “Not really. I  go off, but at the time I don’t know why.”

So we began tapping on:

Even though I go off'and I don’t know why, I am still a great kid!

Even though I had a lot of things happen to me in the past that piss me off when I think about them, I am still a great kid!

Even though my stepdad said he would do xyz, I am still a great kid!

Even though my mum is a real mean bitch, I am still a great kid!

Even though memories from my past trigger my amygdala and make me go off and feel really angry, I am still a great kid*

* I explained the basic concept of how the amygdala works in regard to stimuli—activating old memories and generating an emotional response that is sometimes not how we would ideally like to act and feel.

Although some may consider it taboo, I have found that working with children, particularly ones with behavioral issues, swearing or using curse words can be greatly effective in tuning in. They often laugh and look around to make sure the parents can’t hear but seem to take great joy in using the swear words. It has been my experience that a swear word will cut right to the core feeling that is underpinning the issue and can dramatically collapse the stress and time it takes.

A month later, the report from the 12-year-old was that he couldn't really remember any incident in the last month where he had gone off or gotten angry. His father told me that when he visited with his real mother four days after our initial visit, his mother's report back was "I don't know what you did to our son, but keep doing it!" His manners were amazing, he was well behaved, and there was only one minor issue and he was accepting of the consequences of it (apparently unheard of). In his father’s words, he was 80% better than he had been.

As they were leaving their last session, his father was complaining of a tight neck and the son said with great enthusiasm, "Get Jarrod to fix it. It really works, Dad!" We did two minutes of work on his neck and he noticed improvement. The improvement to me was just a side benefit to the fact that his son was enthusiastically supporting this tapping process.