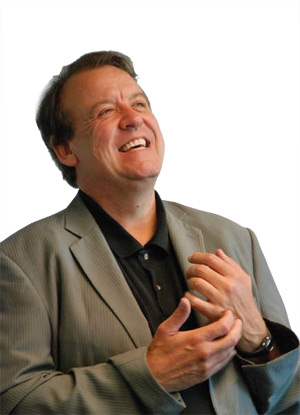 The old saying, "I'll believe it when I see it" has the sequence exactly backwards. You can't see something till you believe it. The history of science is replete with examples of phenomena that weren't discovered till somebody decided to look for them. You have to build an instrument to detect something you believe is there, in order to verify whether or not the thing is actually there. Doing so requires belief, despite the complete absence of physical feedback that your belief is true. One example comes from Dutch doctor Willem Einthoven. In the early twentieth century, he was obsessed with building more and more sensitive galanometers. This allowed him, in 1903, to discover that the human heart has an electromagnetic field. He won the Nobel prize for his efforts. Our brains work the same way. You have to develop the neurological wiring to perceive something, in the absence of evidence, before you can see it. There are many stories on the EFT web site of people who strongly believed they could be healed, even when the medical evidence said otherwise. This belief builds the neural capacity to carry the information signals that record the desired event. When you add belief to the stress-reduction capacity of EFT, you have a potent combination indeed.

P.S. I wrote a chapter called "Rewiring Your Brain for Optimism" in a just-released new anthology called Optimism. It has inspiring chapters from many contributors including Wayne Dyer, Bruce Lipton, Meryl Streep, Mitch Albom, Michelle Obama, and Jimmy Carter.