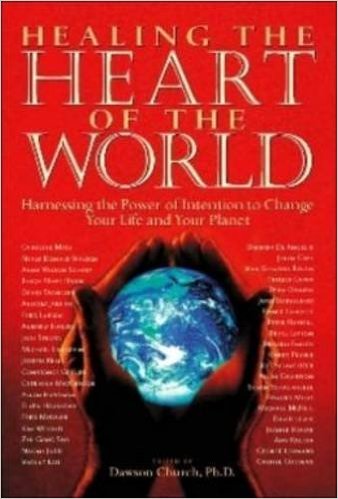 I met Judith in our support group. We are all very active and lively, and all have important teachings to share. Judith was the only one who never said a word, yet during breaks and before and after our meetings, she spoke quite a bit. I finally gathered the courage to ask her why this was so. She admitted that even though she handled one-on-one conversations with ease, she just couldn’t bring herself to speak in front of a group. This was something she really wanted to change because she felt that by sharing her story and what she has overcome, she could inspire and help others. She recalled me talking about EFT and what it has done for me and for so many people, and she wanted to give it a try, so we agreed to have a couple of sessions together.

During the first session, Judith was realizing that she was not happy in her relationship, which she felt was more a matter of attachment than love since no matter how hard she tried, she could not keep him committed. We used EFT on her feelings of frustration:

These feelings of powerlessness
He won’t commit
I can’t let go.

When I asked her what she was feeling in her body, she recalled a pressure in her chest. We did a few rounds of EFT focusing on this, until the intensity went down to a 3. I then asked her the first thing that came to mind when she tuned in to her pain from earlier in her life. She mentioned the last time she’d had a conversation with her older son. Turns out, Judith was recently separated and living with her father and two of her three children. The older son had decided to stay with his father and now refused to speak to her. On top of this pain she was experiencing, the court proceedings for her separation were still in progress, meaning that she was still living painful experiences in having to face her husband and his family in court. Her biggest pain, however, was being separated from her older son. That is what she chose to work on.

We used tell the story of her being downstairs on the sofa and her son coming down the stairs to sit beside her. He said that he loved her and, at that moment, she knew what was about to happen. We used EFT on what her son said to her, then searched for more aspects, in particular the feeling of her son’s head on her lap for the very last time.

Even though I saw my son coming down the stairs and I knew something was wrong, I deeply and completely love and accept myself.
Even though when he told me that he loved me, I had a feeling that this was going to be the last time…
Even though when I felt his head on my lap, I knew this was the end, I wouldn’t see him again…

I saw him coming down the stairs...
I heard him saying that he loved me...
I felt his head on my lap on the sofa.

We concluded the session with her realizing that her problems were not over, but she felt calm and at peace about her current situation.

We kind of lost touch for a while, and our second session took place a few months later. I was pleased to see that major powerful shifts had happened in her life.

First, she found the courage to let go of the relationship. It was painful of course, like any other loss, but she realized that through this experience she was finally finding herself. When exploring this pain, she mentioned a lot of anger and a sense of loss, since after the loss of her partner she let go of some friendships that were not serving her, meaning even more loss. We started with the Quick Coherence technique and used EFT on the breakup, covering all aspects, including the downward look on her partner’s face and her feelings around the breakup, especially loneliness.

We found a specific event when she saw him a few weeks afterward and she learned that he was already chasing someone else. We used EFT on this event, including aspects such as the look on his face and the things he said.

Even though he had that look on his face…
Even though I found out that he texted someone else…
Even though he admitted and didn’t feel guilty about it…
How selfish…
He didn’t really care...
I am all alone…
How am I going to make it?

Afterward she admitted that she felt stronger because she realized that she did not need to be in a relationship to be complete.

When I asked about her speaking in public, she was pleased to share that she was now speaking in her philosophy class group, which is wonderful because she can finally be the inspiration to others she wanted to be.

On the other hand, she still felt a lot of pain related to the loss of her older son. This was a situation whereby Unfinished Conversations and Empty Chair work would be beneficial, especially since her son refused to speak to her, making it impossible for her to resolve her feelings toward him in reality. I asked her therefore to imagine that her son was sitting in the empty chair and to have a conversation with him. I explained that this work derives from Western psychology and energy work boosts its effectiveness. The conversation went like this:

Mother: I want so much to hold you close.
Son: You didn’t fight enough for me.
Mother: I did, but the authorities did not allow me to approach you because you are an adult now.
Son: I made my choice now.
Mother: I still love you, and that even though you block me on messenger, I will never give up reaching out to you and will be there waiting for you.

Afterward we did some more EFT, including the 9 Gamut Procedure, this time focusing on the pain she felt for her son, which was traveling from her chest to her legs. We tapped on the resistance, including the part of her who wanted to carry her son's pain and the other part who realized that she was not helping him by carrying his pain, but maybe she could help him by sending him loving thoughts.

Even though I choose to carry my son’s pain, which is traveling from my chest to my legs, I deeply and completely love and accept myself.
Carrying my son’s pain is the only way I can deal with his rejection.
I choose to carry his pain.
I refuse to let go of this pain.
This pain is not helping him, and it’s not serving me.
A part of me wants to hold on to this pain.
Another part wants to let it go.
What if I replace this pain with loving thoughts instead?
I choose to send my son loving thoughts.

In addition, the Unfinished Conversation uncovered lots of tappable moments, which can each be treated in turn.

Judith experienced a major shift in that she is comfortable knowing that she is doing everything she can. She even found a positive side to this situation, whereby she could use this story to help and inspire others. The losses she experienced are leaving room for new experiences, such as the joy of cuddling with her remaining two children, and discovering her intuition. She is also choosing to have fewer but more quality friendships. She will keep sending loving thoughts to her son and send him messages sometimes, without pressuring him.

A few weeks later, I asked Judith for some feedback. She reported that I helped her release her anxiety. She found EFT very calming and benefited greatly from the Empty Chair method. She remembered me telling her that she has a lot to offer, which reminded her of her self-worth.