Work phone
+33684391673
This email address is being protected from spambots. You need JavaScript enabled to view it.
http://eft-liberation-des-emotions.com

Founder and President of the French Institute for Energy Psychology Clinic, the first French school of training in EFT, Jean-Michel Gurret is registered in the Register of Psychotherapists, author of several books, speaker and trainer certified in Emotional Freedom Techniques (EFT). Trained to psychopathology and cognitive behavioral therapy in the AFTCC (French Association of Cognitive behavioral therapy), it is one of the few trainers to practice EFT in a psychiatric institution in addition to its office practice. 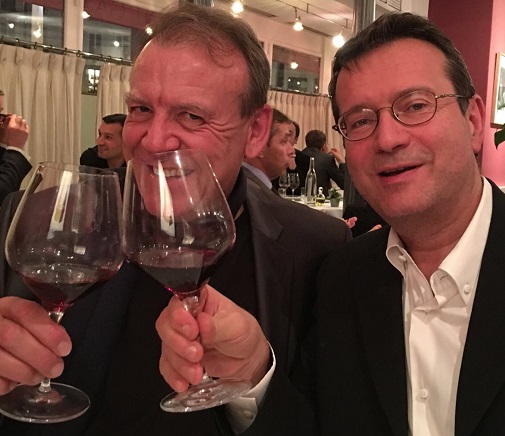 Jean-Michel Gurret is the first French to be certified by the American Association for CAPE his mastery of this practice. CAPE (American Association of Energy Psychology) is the training organization in these techniques, officially recognized by the APA, American Psychological Association, which granted the credits in the U.S. training for psychologists. It contributes to the development of this technique in France and around the world, including volunteering in Haiti, accompanying thousands of patients and trainees. He is also the author of several books on EFT including "EFT, Emotional release", "Lose weight and stay slim with EFT" and also translated and adapted into French "EFT for Dummies" and the "EFT Manual" the founder of the technique. He is also certified in Ericksonian hypnosis and cardiac coherence. He hosts many conferences in France and abroad and presents public EFT offices in Paris, Lyon and Marseille.

Jean-Michel is Gurret trainer in different structures and institutions:

• Within the IFPEC, French Institute for Energy Psychology Clinic in Lyon.

• Within the ARK Academy Research and Knowledge Ericksonian Hypnosis in Paris

As a psychotherapist, validated ARS, Jean-Michel Gurret adheres to a code of ethics which is based on the concept of confidentiality, non judgment, benevolent neutrality and respect for the individual. This commitment ensures the delicacy of his accompaniment and a professional humanism loan. Jean-Michel Gurret also knows the world of business. He created his first 29 years in advertising agency and other companies in the field of the press and publishing. Engaged for many years to CJD (Centre for Young Business Executives) and the CGPME where he held several years a consular delegate position, he knows all phases of the life of the business, from creation to the sale and even liquidation.

Whatever your situation, you will be assured of empathetic listening, respectful and attentive.