How to Use Reframing in EFT Tapping 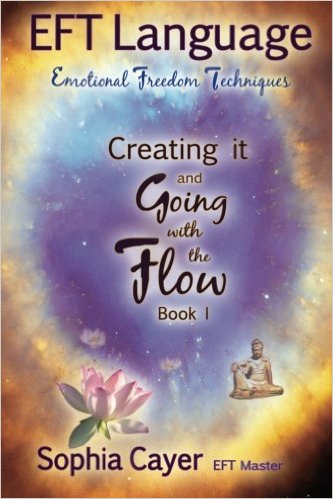 Reframing is a fantastic tool to have at your disposal as it can help make EFT tapping sessions very relaxed and informal. Reframes also can bring about powerful changes that can be extremely fast even with difficult issues.

In this article I have highlighted two reframes that I used with clients. Both of these reframes worked instantly, collapsing emotions the moment they were used.

Although reframing may look complex, it is in fact extremely easy to learn. At the end of this article, I have included some tips to help make reframing easy.

When working with clients to help clear issues, the way they think about problems is a factor for their health and well-being. Commonly, clients will make comments after clearing an issue using EFT such as: “It seems insignificant now,” or “I see it differently.”

This indicates a change in their thinking (a "reframe").

Reframing is the art of helping clients change the way they look at an issue. It is a technique commonly used in therapy. When reframing and EFT are used together, they can be an extremely powerful and effective combination to move past where clients have been stuck.

There are many different ways to reframe. Below are just two of these.

The example below highlights a case in which the reframe had an instant result. Interestingly enough, the trainee/client used the same reframe on a client of hers shortly after this session and had the very same result, i.e., the emotional intensity of the issue dropped to 0 the instant the reframe left her mouth.

Case: Anger about 16 Years of a Bad Marriage

a) Background to the Intervention

Whilst running a recent EFT Level 3 training course, two of the trainees were working on an anger issue, which instead of going down in emotional intensity as they tapped, was steadily rising to the point where a volcano was about to explode.

Background to the case is that the client/trainee who had the issue with anger had been in an abusive marriage for 16 years. Although she was no longer in that relationship, she still had a lot of unresolved anger about what had occurred during that time. In fact, she had so much anger and other emotions around the marriage that she had put off working on it, simply because it was the “One that you do not want to deal with” (client’s words). Finally, she decided that the time was right to deal with this issue. In a practice session with another trainee/student, she started to work on it.

I joined the practice group in time to hear that, as they started to tap, the anger was increasing. They had already directly tapped on the anger itself and also on the “not wanting to let go of the anger,” neither of which had resulted in a decrease in the intensity.

b) Identifying the Reasons behind Holding on to the Anger

When I joined in the group, I asked the client to tap on the side of the hand point whilst I questioned her about the problem.

The first question I asked was: “What would happen if you let go of this problem?”

This question identifies whatever benefit the client is getting for hanging on to it.

The client said: “It would mean that the 16 years I stayed in that marriage was a waste."

I simply replied, “Alright”, accepting her statement at face value, thus maintaining rapport. Then, continuing to tap on the side of the hand point, I had the client say:

“Even though I feel REALLY ANGRY, (using tonal emphasis to reflect the true state of her anger), I completely and totally love and approve of myself.”

We repeated the statement three times and then started tapping on the points starting at the crown of the head and going down through the eyebrow, etc. As we tapped through, I changed the reminder phrase slightly to reflect the reason she wasn’t letting it go.

“If I let go of this anger it will mean the 16 years was a waste.” This statement paces the client, especially since the tone of voice I used when I said these words matched hers.

Then I reframed the statement by saying,“So holding on to this anger means it was all worthwhile."

The anger dissolved instantly. As usually happens after a reframe like this, she moved on to the next aspect of the problem, which was feeling stupid for staying in the marriage for 16 years.

I think when you analyse how this worked, it is useful to understand what went on for the client at the moment the reframe was used. The following information was kindly provided by the trainee/client.

She said, “It stopped me in my tracks, put it all into place, it just became ridiculous to hold onto it. All the anger from the 16 years was gone.”

Further she went on to say, “It had been part of me for so long that it is a surprise that there is nothing there.”

After this intervention, all the anger from all the events during the 16 years of marriage was gone.

In the weeks following, she said, “I tried to get it back...out of curiosity.” It was not possible.

Breakdown of the Reframe

Basically, the client said that letting go of the anger would mean that the 16 years she stayed in the marriage would be a waste. By that very same logic, you could say that holding on to the anger made staying in the marriage for 16 years worthwhile. In this reframe, I merely fed that back to her whilst tapping. Seeing it from this angle resulted in her letting it go immediately.

This reframe took place about halfway through a session, after we had evaluated what the client’s goals were for therapy and where he was currently as regards to them.

Near the beginning of the session the client had said me that he had real physical problems associated with his drinking, that he had vomited blood and had had problems with his liver, and yet even knowing this he could not stop.

I started the EFT by evaluating how bad he felt at the thought of “never being able to drink alcohol again in his life.” He said it was a 10 at that moment on a scale where 10 is the worst he had ever felt about this.

We tapped through on the statement:

“Even though I feel deprived that I will never be able to drink alcohol again in my life, I deeply and completely accept myself."

After one round this dropped to a 9, which is a negligible shift. We tapped through again, and again it barely dropped.

Third time, I asked him to tap on the side of the hand point and set the statement up:

“Even though I feel deprived that I will never be able to drink alcohol again in my life, I deeply and completely accept myself."

Whilst doing this we continued to tap on the side of the hand point as I asked for clarification as to deprived, meaning:

I just used a tonal shift in my voice to pose the question. The client indicated that the word "loss" was right. As I clarified that, I had his exact meaning. I then extrapolated and asked,

“Is that loss of pleasure?”

Again he indicated that I was right.

At this point we started to tap to begin the round:

“Even though I feel deprived, a sense of loss that I will never have the pleasure of drinking alcohol again in my life, I deeply and completely accept myself."

We repeated this three times and then started to tap through the sequence, repeating:

“Deprived, loss that I will never be able to have the pleasure of drinking alcohol again in my life."

As we reached the under eye position, I said,

“Did you say you have vomited blood because of drinking?”

The reaction was instant. He let out a laugh and stopped tapping.

The feelings around this specific issue had gone completely.

Breakdown of the Reframe

At the beginning of the session the client is clearly associating the idea that alcohol equals pleasure. This reframe works by presenting to the client the information that alcohol does not equal pleasure.

It also works because the reframe is presented as a question. Thus, to answer the question, the client has to go inside and access times that alcohol does not equal pleasure.

As with all reframes, timing is essential for this to work. Intuition was used for knowing when to say the reframe.

Tips on Learning How to Reframe

Reframing requires the therapist to “get themselves out of the way." What this basically means is that you need to trust your intuition and go with whatever pops into your mind without pre-planning. In order to do this, it is very useful to use EFT to tap out any blocks you may have about reframing, such as “It is too hard" or “I’ll never be able to do that.”

Simply set each block you have into the EFT statement and tap it through until it is no longer relevant to you.

Tapping out blocks around learning is another good area to concentrate on. Many people try to force knowledge into their minds by constantly repeating the material. However, people have amazing abilities to take on board a vast amount of information extremely well. The mind learns best when very relaxed. Therefore you might just be pleasantly surprised that when you have tapped out your blocks, reframes just pop into your mind at the relevant moment, as they did with the client I worked with in the first case in this article.