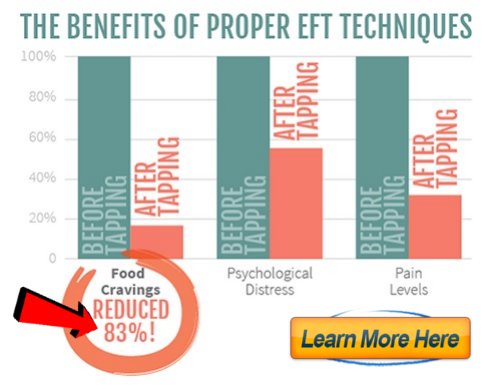 "Nina" (not her real name) attended an EFT workshop and while she was there she’d experienced a wonderful healing, so she decided to schedule a private session with me.  During her first session we worked on a serious dad abuse issue.  I used the Tearless trauma Technique at first to eliminate as much pain as possible for her.

We followed this by using the Movie Technique.

As a child, she had been very active in sports and dance, and found it very “fulfilling” (her word).

But it seems that whenever she had special activities or special friends ‘dad’ would become obsessive and seriously abusive.

This was a long two-hour session but in the end Nina was able to see herself as part of the audience instead of seeing herself on screen.  I suspected there was more work to do but it would keep until her next session with me.

She wanted to see me because of back pain, which had been ongoing for the past six months or so. When I asked her what was going on in her life six months ago she quickly replied, “Just the usual stuff, oh and my boyfriend moved in with me.”

Nina had considered herself to be 25lbs overweight at that time but since her boyfriend moved in with her six months before she had gained another 20lbs. and she now had continuous severe back pain.

She wanted to work on everything of course, but particularly on the weight issue.

She explained, “I have this huge hole or void inside me that I keep trying to fill with food.”  She said, “I am a bottomless pit but no matter how much I eat I am never satisfied, never fulfilled, I have continuous cravings.”

She explained that it was probably an illusion to expect food to fill this hole.

I suggested maybe it wasn’t food she was hungry for.

She explained that she had started to work more hours the last few months because she had purchased a brand new car hoping it would make her feel better, but instead she felt even more needy and alone, longing for something she couldn’t identify.  And she kept on eating more and more.

We discussed the boyfriend.

She said she had hoped that he would be ‘the one’.  The sex was better and more frequent especially since our last session, than ever before, and while she liked that very much, she still had this longing for a more intimate partner - but not in a sexual way she explained.  “I want what I have with Michael but I also want closeness from him and we never seem to connect that way.”

Now they were about to go their separate ways she said.  I suggested that maybe she should wait a while, that maybe this was not the best time to make this decision since she was in such conflict within herself.  She said she would wait until she felt more balanced.

Her distress at being overweight was clearly a 10 so we started to work:

Even though I eat to fill the emptiness, this void inside me…

EB: It’s an illusion to expect food to fill the hole inside me.

UE: I feel like something is missing in my life. I can’t connect with anybody.

UN: The yearning is always there, like a hunger I can’t shut off.

CH: I eat to fill the void, the craving, and the emptiness.

CB: I’m insatiable. There’s a hole, a deficiency inside me.

UA: This hole, this deficiency that’s crying to be filled.

LP: I try my best to fill it with food but it does not fulfill me or satisfy me.

Crown: This empty hole is still there no matter how much I eat.

Tina was crying softly but she wanted to continued:

Even though I could never eat enough to ever fill this emptiness… I love and accept myself.

Nina couldn’t say, “I love myself.” So we continued simply with “I accept myself.”

Even though I’m a bottomless pit, I don’t know what will fill this hole…

Even though some people try to fill that craving with cigarettes, money, cars, work, sex, drugs, none of that works not even food…

EB: I’m insatiable.  I can’t eat enough to ever fill up this emptiness.

SE: I feel needy and alone.  I’m a bottomless pit.

UE: I don’t know what will fill this hole.

UN: I keep trying, but I’m a bottomless pit.

CH: People try to fill that craving with crazy things.

CB: I’ve tried a variety of things, none of it works.

UA: The void, the emptiness, the craving, the yearning is overwhelming.

LP: So what will work? What will satisfy this craving?

Crown: What will satisfy this bottomless pit?

Checking on her intensity level, she was now at a 5 from a 10

“I really want to look at what I’m doing here, I know I’m only hurting myself,” Nina said.  I asked how she felt about her boyfriend, she replied, she didn’t think she deserved him, that he was too good for her.  But said she would prefer to work on that issue separately.

Even though I really want to turn my awareness inward to see what I’m doing.  I seem to want to hurt or sabotage myself at every turn…

Even though it’s scary to think I don’t deserve him, he’s too good for me, that’s why I eat so much …

EB: I’m scared to really look and see what going on.  What’s with this void?

SE: It wants me to turn my awareness inward to see what it is.

UN: That part of me wants me to turn my awareness to it completely.

CB: How can I put my awareness into an empty hole?

UA: That’s why I keep trying to fill that hole, that emptiness with food.

LP: Maybe that emptiness, that hole is really something else.

Crown: Maybe it just wants something else.  It wants… fulfillment.

Nina nodded her head in agreement, so I continued:

EB: What if… I look down into the hole to see what it really wants?

SE: That’s a frightening thought, but what if… I look down into the hole and see what it really wants.

UE: What if… that part of me that’s empty just wants fulfillment?

UN: That part of me that wants fulfillment… wants ME to BE fulfilled.

CH: I can’t fill it with food because it’s already full.

CB: It’s infinite space that’s why I can’t fill it.

UA: I’ve been trying to fill infinite space with food.

LP: This infinite space is already full, how can I fill it

Crown: How can I fill up something that’s already full?

EB: What if… I imagine myself inside this limitless space.

SE: What if… I went into this vast empty space.  Well, I think is empty.

UE: What if… I felt my way to the craving and the emptiness.

UN: What if… I imagined my way to the craving and the emptiness.

CH: What if… I just BE with the craving and the emptiness.

CB: What if… it’s really not empty.

UA: What if… it’s not just a blank hole like I thought.

LP: It’s not a blank void like I thought.  It’s not lacking in any way.

Crown: It doesn’t need to be filled in any way.  It already is filled.

EB: I don’t have to fill it with food or anything.

SE: It doesn’t need to be filled.

UE: It’s not just a blank void either.

UN: It really isn’t emptiness at all.  It’s like the bottom of my heart.

CH: There’s a sense of well-being, and love, unconditional love.

CB: Love is what’s rising out of that emptiness.

Crown: Someone else’s love could never be enough before.  Now it’s up to me.

EB: There is so much more to me.  This is my inner space where my love resides.

SE: I didn’t recognize it.  This is my inner space where self-love arises.

UE: What if… I allow this self-love to permeate every cell of my body.

UN: What if… I give myself permission to love myself totally.

CH: What if… I allow myself to profoundly and completely love myself.

CB: This self-love fills me up totally and completely now.

UA: This self-love is what I’ve been looking for in food, in relationships.

LP: This self-love is everything.  I don’t need extra food.

Crown: I deeply, profoundly, and completely love and accept myself.

Tina was sobbing and laughing at the same time with pure joy.  Her face was all aglow.  Something had completely shifted in her.  She couldn’t wait to go home and talk to her boyfriend, Michael.

Email from Nina one week later:

This week has been an unbelievable week.  It’s like I’ve been reborn.  I’ve lost seven lbs without even thinking about dieting.  My back pain is gone.  But I especially want to tell you about my relationship with Michael.  It’s like I understand what he’s been complaining about, and I thought it was just me.

I used to feel so lost and lonely before, even with Michael around, now I know I have so much to offer, so much love to give.  My healing this ‘overeating thing’ has been a gift not only for myself but for Michael as well.  He loves the changes in me, and has become changed himself.

I didn’t know life could be like this. I thank you from the bottom of my heart – no pun intended.

Nina and I live in the same town so I ran into her at a local shopping center a few weeks ago. It’s been approximately one year since our session.  I hardly recognized her.  She was all aglow but apparently from a semi-permanent state for her right now.

She has lost all the extra weight.  She and Michael are married and are expecting their first child.

0 #2 saad jooya 2015-02-04 06:13
This tapping scenario is perfect to someone who dose not love him or herself enough. Thank you to share this helpful prescription!
Quote
0 #1 Màire 2014-03-11 13:36
Thank you, this is the first tapping sequence that I've come across in the last four years of EFT that really digs deep and hits the nail on the head. I also really appreciate the detailed reminder phrases which has motivated me to use this sequence on a daily basis to see where it'll take me. It's powerful to feel the heart connection and re[censored]uri ng 'cos it's a positive energy where normally I only find confusion. Thank you for sharing.
Quote
Refresh comments list
RSS feed for comments to this post