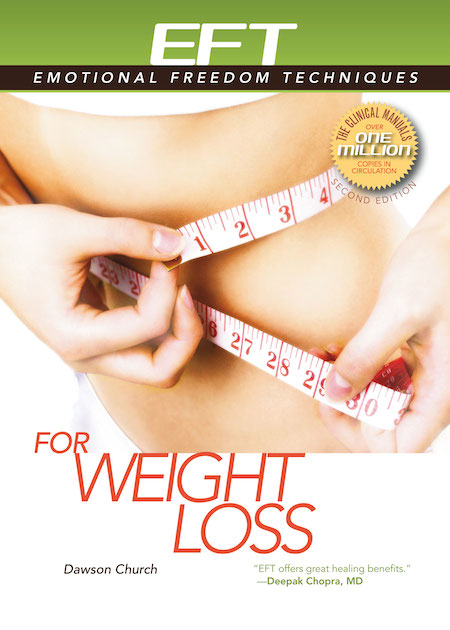 Belinda, 64 years old, presented with feeling upset over what she described as “carb bingeing,” even though she knows it's not good for her diabetes. She was also concerned with hereditary balding. She was already familiar with tapping, so we were able to begin working immediately.

We focused first on the carb bingeing, as Belinda was very upset with herself. She recognized that she had put her health at risk by bingeing on ice cream the night before our session. As we discussed, she said she felt guilt at a SUD level intensity number of 8 out of a possible 0-10 with 10 being the most.

I asked her where she felt the guilt in her body.

She described it as a “sinking feeling in her gut.” We focused on that feeling through round 1, SUD level 9 to start. Focusing on the physical sensation first and tapping that down allowed her to access her emotions more easily.

In the next round, I used the EFT Setup Statement with her words, “This overeating carbs guilt.” In subsequent rounds, I used her words, “You dummy, you've done it again!”

After reducing her SUD level on those words, I had her focus on the incident the evening before of eating ice cream late at night and then going into mild insulin shock. After two rounds of tapping, Belinda realized she associated ice cream with happy childhood times.

During the following rounds, we focused on:

“Even though I eat to recover my happy childhood, I deeply and completely accept myself.”

As the SUD level number began to reduce rapidly, we began focusing on: “I can forgive myself because I just want to recover those happy times.”

When her SUD score was reduced to 2, we tapped while I led her through an imagery of going into her piano room (her sacred space) and connecting with her ancestors (whom she greets in prayer every day) while she recalled the happy memories. I asked her to see herself sharing love and gratitude with her ancestors for those happy times.

“I can choose to connect directly with the happy memories and my ancestors rather than looking for them in the bottom of the ice cream bowl!”

Belinda had tender tears at first, until her SUD level dropped to 0 and she was full of laughter and childlike, enthusiastic clapping! She demonstrated a cognitive shift by enthusiastically proclaiming, “I don't have to eat the ice cream!” She said, “Wow, this tapping is pretty amazing stuff!”

Belinda responded so well and that session went so fast that we still had time left, so we began working with her self-image issues around the baldness. She said she thought her food issues were also related to her poor self-image. Her SUD level on going bald was 9. She'd known since high school that the baldness was coming, due to an aunt who was bald and a high school biology assignment in which they tested strands of their hair. Her hair strand was so thin that the teacher didn't believe the results until he confirmed them himself.

This event was so upsetting to her that we used the silent Movie Technique. Her SUD number score just on the title, “Going Bald,” was 9. We played the entire event and reduced the SUD level at each spike to 0. As we tapped on each spike, we also focused on what she was feeling and where she felt it in her body.

When Belinda started laughing at how silly it is to be so upset over something that, as she said, “In the grand scheme of things is really nothing at all,” we started tapping on how much fun wig shopping can be and that she's lucky because she can have any kind of hair she wants just by choosing different wig styles and colors.

The final EFT tapping round was:

At session end, she was laughing great belly laughs, and her SUD levels were 0 on all aspects and emotional facets.